Corruption, incompetence & VHS in the age of Netflix

On Wednesday 25th January 2017, B&NES council will decide on a site for a Park & Ride east of the city.

The decision to do so demonstrates that the council is one of two things;

Corrupt or incompetent? Bit much?

This might seem a bit strong a statement but let's examine this objectively.

For what it's worth, I don't think our council is corrupt - a council that closes a public library directly above a growing, powerful supermarket in the centre of the city is clearly beyond corruption - but nevertheless only one of these two scenarios can be true so I've included it for completeness.

Corrupt - having or showing an ability to act dishonestly in return for money or personal gain.

Could it be the case? What would they have to gain. Well perhaps superficially they have nothing to gain, but consider what happens in five years when it's built and mothballed? Does the compulsorily purchased farmland go back to being an ancient pasture land? Of course not; it's now a vacant brownfield site with excellent transport links ripe for a developer - just like a similar scheme in Guilford.

That, at least, is no incentive for a councillor or politician with an eye on a retirement plan. Thank God for that. Thank Heavens they're putting covenants in place to ensure that failure of the P&R is sure to return the plot to green-belt. Oh, but no. They're not that stupid.

Incompetent - not having or showing the necessary skills to do something successfully.

Okay, so they've done this successfully before (no, the other P&Rs are not utilised), or they've listened to the people they represent (again, no - they've ignored 13,000 signatures to the contrary and repeated protests).

So fine, they have clearly studied the future and know what it holds. That's why they demonstrate such utter stubborn belligerence in the face of their own overwhelming contraindications.

Of course they haven't.

They are ploughing forward with a disproven, outdated plan that demonstrates such utter shortsightedness and such an arrogant disregard for clear and inevitable technological progress and for the people they represent that it would be laughable if it were not true.

They can only do this if driven by corruption or a dangerous and naïve level of incompetence.

The council's claim is as follows. Read it carefully;

“Bath’s economy is set to grow significantly in the coming years... We therefore have to plan now for how people will get into the city in future without causing gridlock on Bath’s already congested roads.

This means we need a modern and accessible transport system that offers commuters and visitors attractive alternatives to using their cars to drive into the city.

Now, consider what this statement is saying;

Now I understand the council have investigated the need for the P&R and it would be remiss for me to ignore those deliberations. Next then, let's examine the basis for their claimed need.

The council's solution to the perceived problem of rising traffic is an 800 or 1,200 space P&R on the green belt to the east of Bath. Let's take a moment to consider the this model.

Superficially the P&R will account for less than 1% of that traffic, perhaps 2.5% if we assume an even distribution of traffic through the three main routes into Bath.

So will it affect traffic on the London Road?

It pointedly makes no account for school traffic - a massive contributor to congestion, nor for through-traffic - a hugely significant cause of congestion - nor does it account for HGV or LGV traffic.

As a result Mott MacDonald's own report, commissioned by the council, suggests a very limited impact on east-west traffic.

But things can change right?

The most ludicrous part of this plan? The Mott MacDonald report models that their might be demand for this P&R in 2029 if their enthusiastic and shortsighted expectations of the other failing P&Rs in Bath hold true.

I could go on and on. The world has changed a little in the last 13 years, both in terms of technology and transport and the rate of acceleration of change is astonishing. All the more astonishing because it seems to have entirely escaped the attention of the B&NES council.

In the past 12 months the fuel economy has changed beyond all recognition. Solar now outweighs coal in this country for production, even before solar tiles, solar roads and solar storage are mainstream. The impact on transport - one of the major consumers of energy - will be profound.

In February 2016 Bloomberg made a modest projection that the electric car alone - in isolation of solar & renewables - would cause an oil crisis, such will be its explosive growth.

Only a month later Tesla, a small independent electric car manufacturer smashed all previous records for a car launch of any kind, taking over 325,000 orders for its new affordable Model 3 in its opening week. Toyota, Nissan, Ford, GM, BMW, Volvo, Audi - they're all catching up.

So how does this change the P&R?

The inevitable, precipitous rise of the electric car is only part of the picture.

Far more crucial is the economic model that surrounds the other default feature of cars like the affordable Tesla model III. It drives itself.

This isn't a party trick.

I have driven down the Batheaston bypass, past sites B & F in a car that is the fastest and most fuel efficient production car in the world and that was steering and overtaking all by itself, without any interaction from me.. over a year ago.

So how does this affect the P&R? Well it's simple:

The notion that in 2029 people will be commuting into Bath in cars that they own and drive is simply ludicrous.

If you think I'm being unrealistic consider that only 9 years ago the smart-phone did not exist.

Self-driving fully electric cars already exist and are about to hit their third iteration - the inflection point into massive-scale (as with the iPhone 3) and they are following every law-of-diffusion paradigm played out as far back as the Model T Ford itself.

The rise of the self-driving electric vehicles is fundamentally and demonstrably inevitable.

It's not a fad. This change has the substantial commercial drivers of all of the technical and automotive leviathans behind it.

But this solves the traffic problem how?

Tesla and BMW are expecting 'ownership' of cars in cities to disappear entirely in as little 5 years.

Consumer behaviour has been changing for many years now, tipping towards subscription of services over ownership. It's happened in music and film already, it's happening in the way you don't go to the supermarket, the dominance of Amazon, Spotify, Netfix.. and it will happen to the way you commute.

Google has been quietly extending their mastery of traffic flows to the extent that it already knows when you commute - so a Google driverless car can already get to your house to pick you up and it already knows how to construct the most efficient journey, collecting other passengers on its route.

In five years time why on earth would you buy a car when you can subscribe to a service that can predict your need and which costs you considerably less than your lease-hire or your car-loan. No servicing, no hassle, no parking, no traffic.

What makes 2017 the tipping point is the convergence, this year, of consumer behaviour, technical maturity, battery technology, performance, and cost.

All put together it makes a mockery of the council's plans and the Mott MacDonald report that takes absolutely none of this compelling evidence into account whatsoever.

The B&NES councillors are either:

We have the opportunity - in Bath, and across the country - to embrace the change. We can claim back our streets from the parked-car.

We should be focused on using the £21,000,000 earmarked for constructing this white elephant into job-creation for all of the drivers who are about to be out of work or protecting sources of social welfare in our city they're so quick to bully into oblivion. We should be doing a million and one things but tarmacking our green belt is not one of them.

The council needs to grow up. It needs to stop being so shortsighted, so arrogant and so belligerent and realise that it hasn't even begun to consider the tsunami of technical and social change that human society is about to endure.

It needs to realise that it is buying VHS tapes in the age of Netflix and no good will ever come of it. 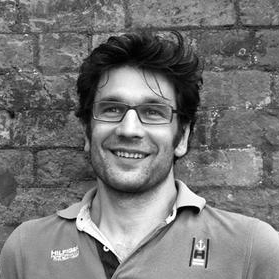